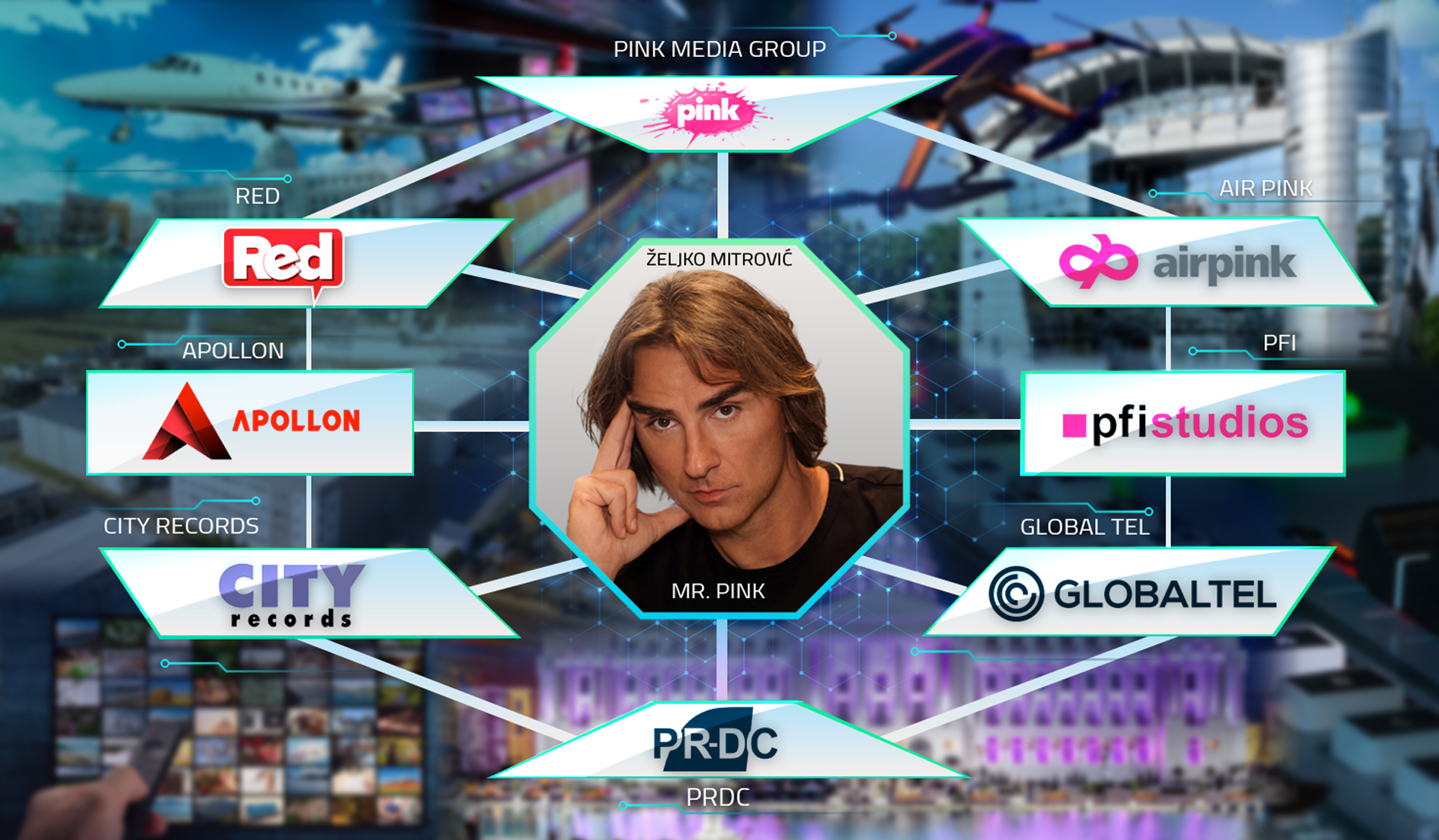 Pink Media Group is a leading media corporation in Southeast Europe. Our primary area of activity is the production of television programming which has resulted in the creation and distribution of 60 branded, different genre TV channels led by the highest rated TV channel in the region, TV PINK.

Parallel with the development of the highest rated television channel in the Balkans, in 1997, CITY RECORDS was founded, which together with TV Pink made the Pink company extremely successful. In order to meet the increase and production demand of television production, in 2010 PFI STUDIOS, the largest film studio complex in Southeast Europe, was opened.

Today, the studio complex not only hosts the entire television production needs of TV Pink, but is considered one of the main destinations in Europe for the filming of A list Hollywood productions.
Except for aiming to produce a high percentage of original programming, TV Pink also broadcasts a large percentage of Hollywood content. Long term relationships, which have been built with major studios over the years, have resulted in a complete innovative platform – the first Serbian local online streaming service APOLLON. The best selection of local and American films and TV programming, have since 2021, been united through Apollon for the territories of Serbia, Bosnia & Herzegovina and Montenegro and subtitled in local languages.

Listening to the demands and needs of the local market, alongside our primary area of business, GLOBALTEL, a new generation mobile operator, was founded to further expand Pink Media Group operations.
Zeljko Mitrovic’s passion for aviation and aero engineering, backed by a group of engineers from the School of Electrical Engineering and Faculty of Mechanical Engineering of the University of Belgrade, have led to the formation of the youngest member of PMG, the Pink Research and Development Center – PRDC.

Keeping in step with modern times and modern technologies, after almost three decades of leading the television market, the founder and owner Zeljko Mitrovic created a new television, portal and radio station – RED, which is intended for the internet oriented millennial population.